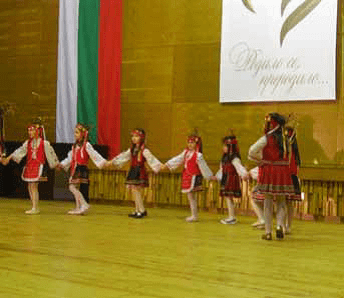 В  In “Zora-1945” National Youth Club – Yambol is held the National Student Folklore Festival “Rodilo se, Prerodilo”. “Rodilo se, Prerodilo” has established itself over the years and is known as a traditional holiday, which gives the opportunity to young Bulgarian folk singers, dancers and instrumentalists. Several hundred girls and boys from all over Bulgaria show the beauty and richness of the Bulgarian folklore, whose fame deserves to spread all over the world. The festival has long become a tradition not only for the city of Yambol but also for the whole area and every spring leaves its unique impression on our cultural calendar.

Along the festival, the Chitalishte organizes a bazaar of souvenirs in the art salon.

Participants compete in traditional three age groups and in three sections: dance ensembles, instrumental performers and individual singing. In addition to the traditional awards, several special awards are given.