2021Not defined in
February
ENTRY
FREE 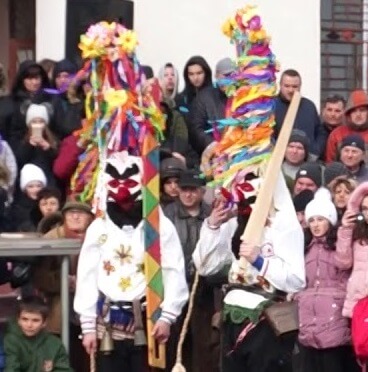 Silistra village of Aydemir hosts the biggest in North-Eastern Bulgaria Holiday of Kukeri and masks. The event is organized for the 46th time by the Municipality of Silistra, the City Hall and the Chitalishte “Rodoljubie-2006” in Aydemir.

The holiday begins in the morning in the center of the village. Besides a lot of laughter and fun, the organizers also promise awards for group and individual performances. Traditional kukeri celebrations of Sirni Zagovezni attract kukeri from other villages of Krajunavska Dobrudja. In some places, fires are organized to leap over.

According to ethnographers in Krajunavska Dobrudja, the custom was carried by settlers from Edirne Thrace in the 19th century. It has been performed by men and has always been associated with hope for better. Later in the groups began to participate and women. Historians mention as the first written source, which is a testimony of custom with masked people on the territory of the Bulgarian lands, the life of the martyr- Dasy Dorostolski, who lived in Dorostol / Silistra /.