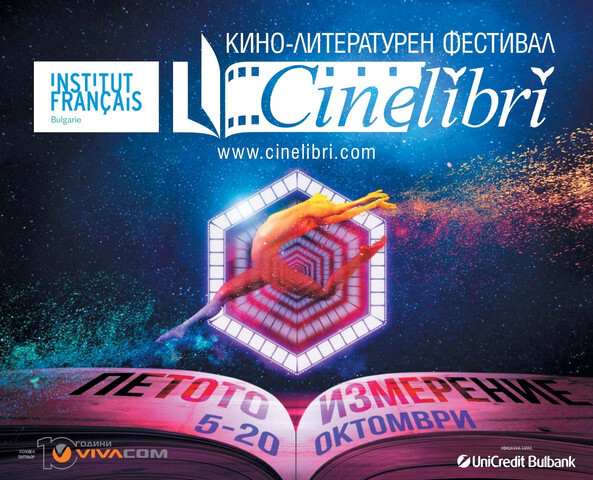 The Cinelibri International Cinema and Literary Festival is one of the most significant art events in the Bulgarian cultural poster, which collects annually world-renowned artists and thousands of film and books fans. Created on Jacques Wagenstein’s initiative in 2015, “Cinelibri” is eagerly awaited every autumn. At the invitation of the festival, the audience met artists such as Irge Mentzel, Sergio Castellito, Frederic Begbide, Douglas Kennedy, Margaret Matsantini, Arnon Grünberg and others.

The Cilenburi Competition program selects successful cinematographic adaptations of literary works, both classical and contemporary, created over the past two years. The aim is to award those film productions that recreate in original and truthful manner the literally piece, contributing to the promotion of good taste and interest in quality prose.