2020Not defined in
September
ENTRY
FREE 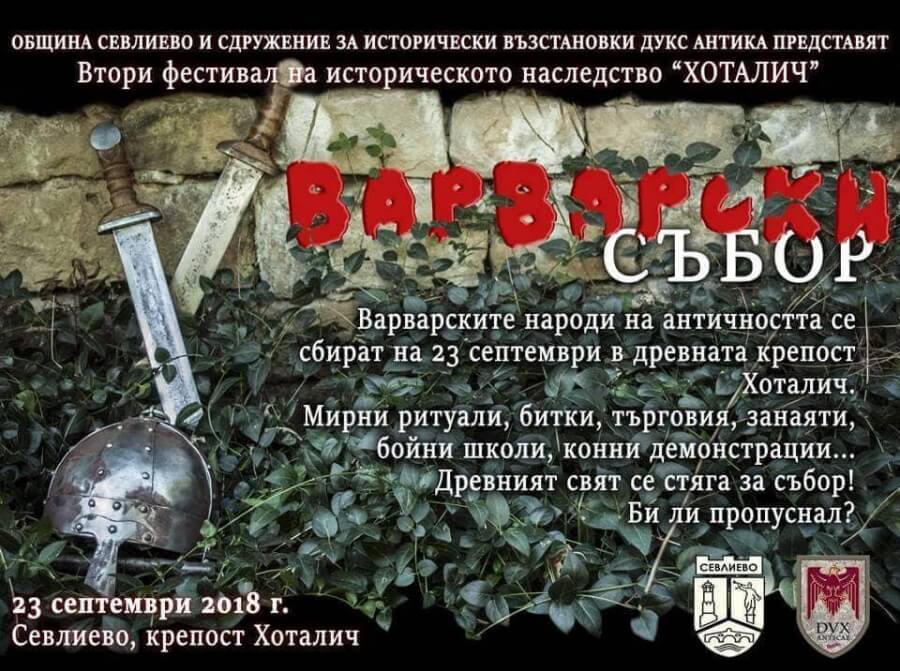 gallery
This year the festival is called “Barbarian fair”. More than 100 participants from Bulgaria and Romania will recreate the traditions and believes of local people, despised by the Roman Empire as barbarians. As part of the festival, you will witness ancient rituals, crafts and skills that will gain a new glamor from a clatter of weapons over the centuries. Far beyond the horizon, the mighty Rome will watch with alarm the emerging alliance and try to break it into the fetus. Thracians, Dacians, Celts, Goths, Scythians, Huns will encamp tents and gather to common meeting. Every nation will land its flag on sacred land, demonstrate its weapons, clothing, martial arts, crafts and rituals. It will trade, celebrate and fight. Will the tribes reach an agreement, or the distant fingers of the Eternal City will be able to spread dissension among them?
The Hotalich Historical Heritage Festival is organized by the Municipality of Sevlievo, the Sevlievo Historical Museum and the DUKS Antique Association.