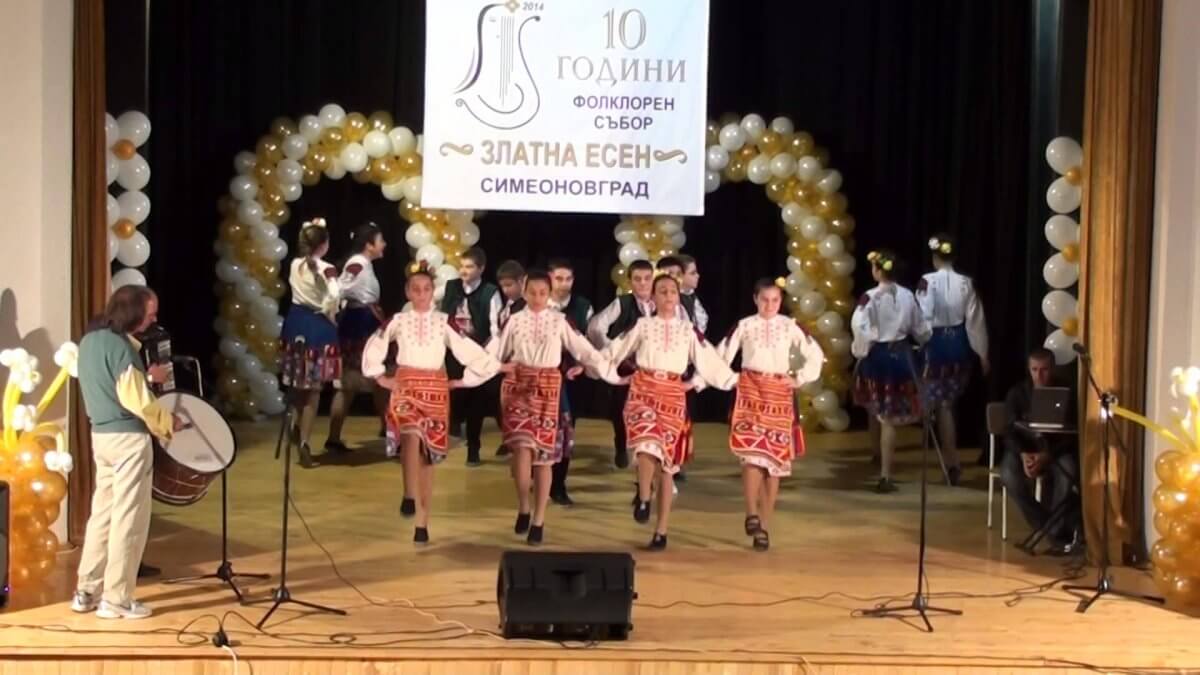 At the beginning of October in Simeonovgrad is held Folklore Fair “Golden Autumn” under the patronage of the Mayor of Simeonovgrad Municipality and with the assistance of Chitalishte Razvitie 1882.

The festival is originated as an initiative, where are invited representatives of the former “Turnovo-Seymen region”, which includes the territory of today’s municipalities Simeonovgrad, Opan and Galabovo.

The folklore fair aims to preserve the Bulgarian folk traditions and customs – a source of the power of the Bulgarian spirit, bearing the message of national wisdom in the present and the future. The participants are divided into several categories – folk groups, folk customs groups, individual performers (singers and musicians).