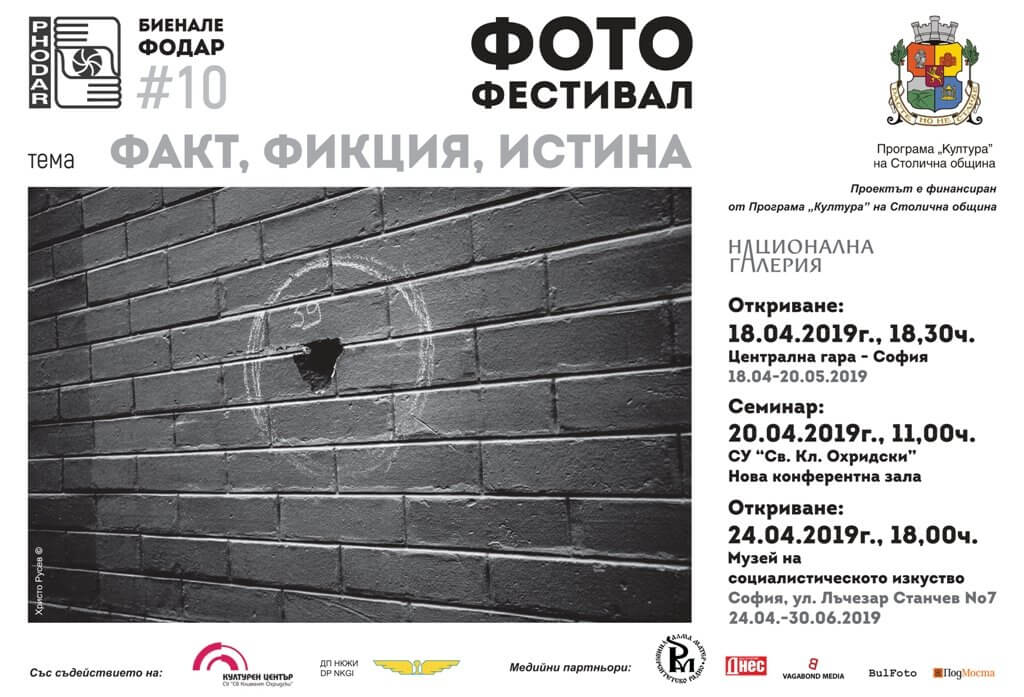 From April 18 to June 30, 2019 in Sofia, the tenth edition of the Fodar Biennial International Film Festival will be held under the motto “Fact – Fiction – Truth”. The program includes two exhibitions and a theoretical seminar.

The festival is funded under the Culture Program of Sofia Municipality.

The opening of the festival and the exhibition, including the awarded works, will be held on 18 April at 18:30 in the lobby of Central Railway Station – Sofia. The exhibition can be seen until May 20th. 253 authors from 50 countries are participated in the competition.

On April 24, at 6 pm, an exhibition featuring works by young authors will be opened at the Museum of Socialist Art. The exhibition will be available until 30 June.