2020Not defined in
May
ENTRY
FREE 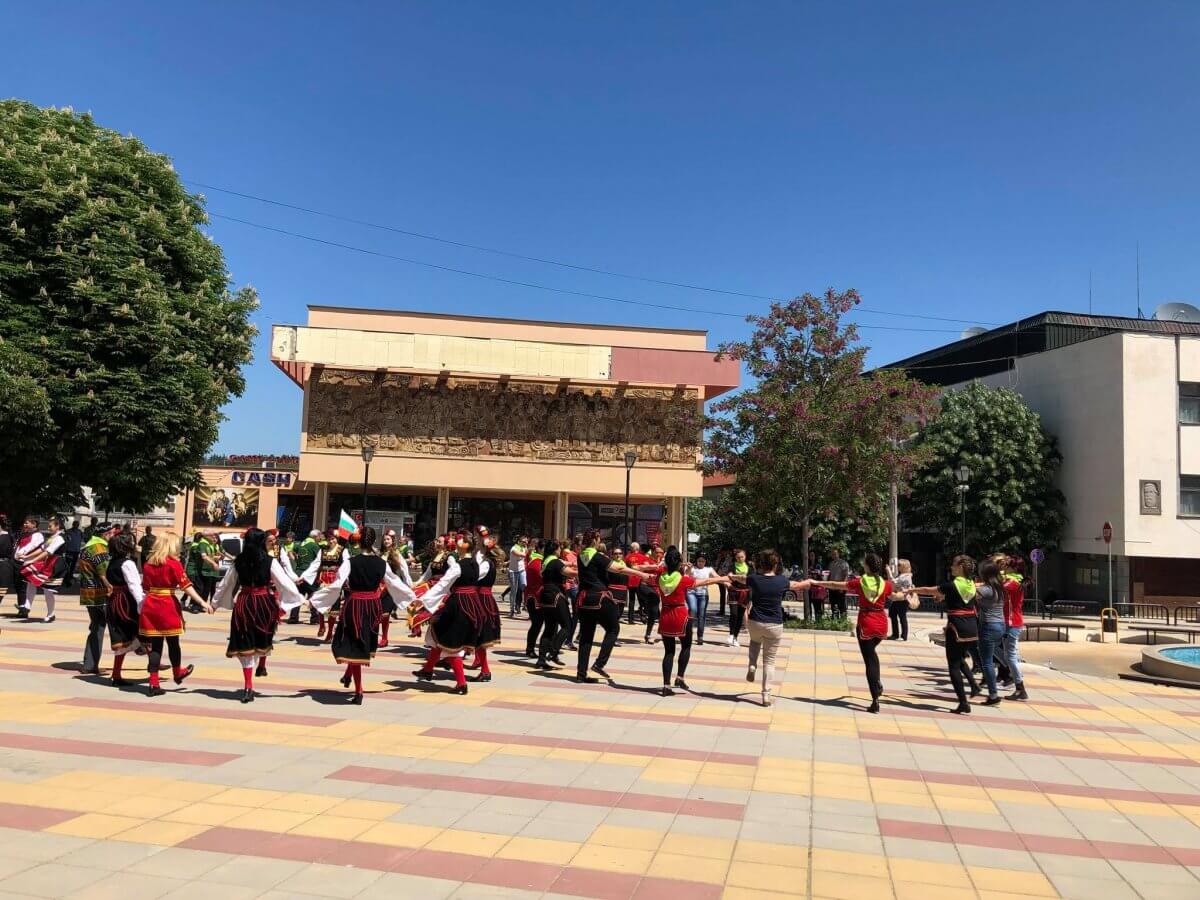 Sakar Mountain town of Topolovgrad is swinging by Bulgarian folk dances. A festival called Sakar Horo Dance is Twisting is organized here in May. With great interest, many emotions and good mood the festival is organized in three parts. The opening is in the Sports Hall and to all participants and spectators are given specially crafted cravats with the logo of the festival. Dance folk formations from Elhovo and Topolovgrad take part. The festival ends at Osvobojdenie Central Square of the town, where all the people take part in the horo dance which is accompanied by live music. All the folk groups dance the six kinds of horo dance, well known in the six regions of the country: Svornato – Rodopi folklore region, Maleshevsko – Pirin folklore region, Dajchovo – The North folklore region, Three times – Thracian folklore region, Shopsko village – Shopsky folk region and Varna Dobrudzha folk region. At the end, actors and spectators take part in the Right Bulgarian horo dance.