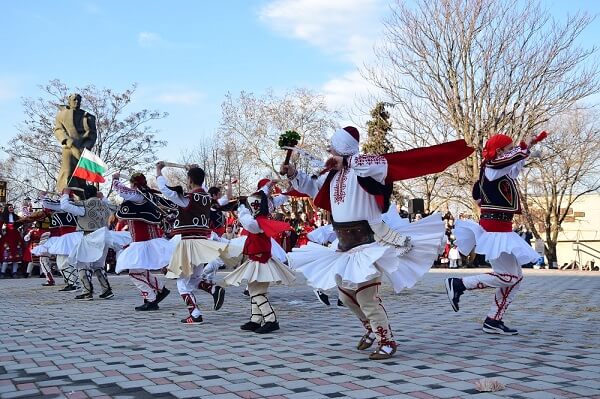 New Year’s masquerades – the Carnival and the Rusal Games are two folk calendar customs, preserving the living Bulgarian spirit of the population at the foothills of Belasitsa. They are related to the so-called “pogani” or “dirty days”, starting from Christmas (24 December) and ending on Jordan (January 6). In the past, these customs have been celebrated for the entire period, and today only January 1 – Vasilovden, which the locals call “Surva”.
Tradition shows that New Year’s masquerades are a custom typical for local population, while the Rusalian games are brought by the large refugee migration in Petrich and the region after 1913 settlers from Kukuško, Gevgelija and Enidje Vardarsko. Over time, the two customs have become interwoven in an inseparable part of the ritual system of the population of Petrich and the region. In the city, the Rusal games combined with the Kuker procession represent a single carnival holiday – Surva.