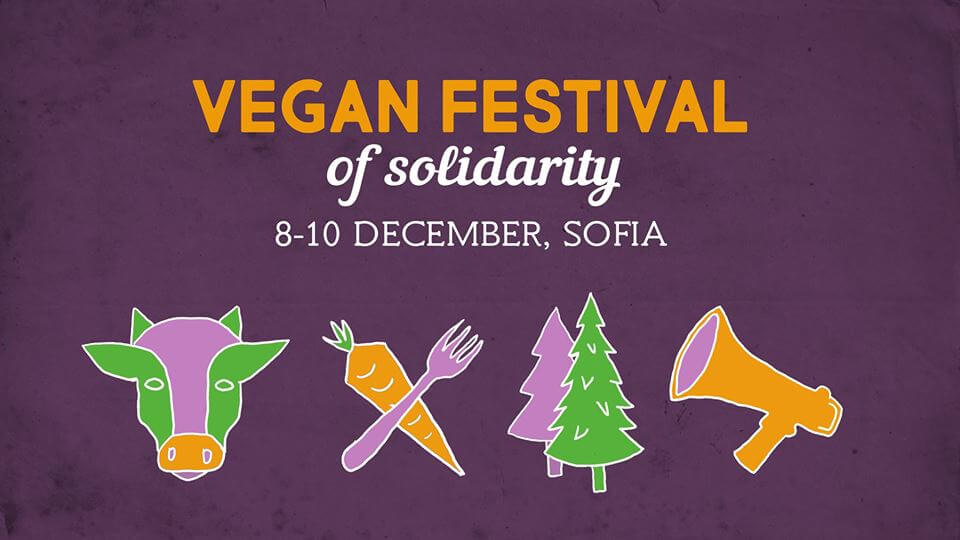 The first Vegan Festival of Solidarity in Bulgaria will mark the occasion of this year’s International Animal (Including Human) Rights Day. The three-day non-profit event will take place on 8-10 December 2019 with the aim of raising public awareness of the complexity of eco-social causes underlying a wide range of vegan and vegan-ally initiatives.

Animal shelters; solidarity kitchens sharing vegan food with the disadvantaged; forest-growing and gardening initiatives; solidarity agriculture, gift exchanges; culinary, cosmetic and fitness workshops, platforms, blogs; art and literature on ethical production and consumption, fight against inequality and domination of all kinds, against food waste, against exploitation of natural resources and other living creatures, for empathy, peace and non-violence and so on will presented at the festival.

The involvement of a number of foreign participants will allow for a valuable exchange of experience, as well as for the expansion of the international network of people who do not consider veganism to be a matter of pressing a particular worldview on others but rather a means of conscious and responsible accomplishment of eco-social justice on both local and global scale.

Vegan Festival of Solidarity is a non-profit event self-organised by activists of the following initiatives: Food Not Bombs – Sofia; Campaigns and Activism for Animals in Industry, Vegan Holistic, Bulgarian Vegetarian Society, Act!on Food, The Green Team, Fabrika Avtonomia and still others.