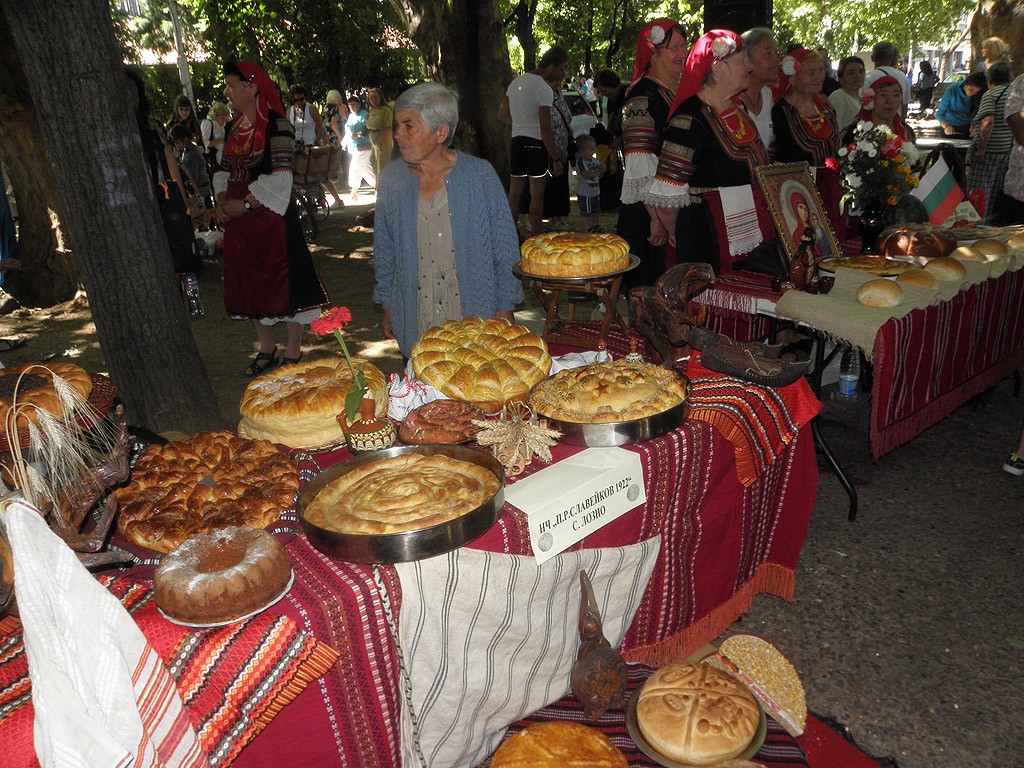 “Panagia” is the name by which the Holy Virgin Mary is called, the ritual of making and breaking of the bread, of breaking it into two pieces and eating it together.

“Panagia” is the practice of Christ and the apostles of the ancient sacred parish, passed through time and different cultures and preserved by our ancestors and brought to our time through holidays of the Church and national folk traditions.

“Panagia” are medallions with the image of the Virgin Mary which priests carry. Churches, fortresses and even cities are given the name “Panagia”. On the holiday “Panagia – the Raising of the Bread”, separate elements and fragments of the concept are gathered and arranged for this thematic holiday, all of which carry the name Panagia: An artistic open air painting session and an iconography exhibition, called “Panagia”; the presentation of the loaves of bread, called “Panagia”, the music is, called “Panagia”, and the ritual is devoted to “Panagia”.

The holiday “Panagia” is conducted in and around churches and chapels devoted to the Assumption of the Virgin Mary and is a cultural expression for the presentation of Bulgarian Orthodox traditions and religious artistic and vocal art.

At the beginning of August an iconography plein air is conducted with the participation of young icon-painters. On the eve of the Virgin Mary holiday the iconography exhibition, Panagia, is revealed.

On the days leading up to the Assumption, the traditions surrounding the kneading of the Virgin Mary bread loaves and the baking of them in flat pottery baking dishes are presented.  Even the actions happening around the bread resembles the religious sacrament. The wheat is sanctified and objects connect to the kneading are filled with sanctity. The “Woman- Mother” teaches and gives the sacrament to the most prominent girls.

The next day, the Regional Historical Musuem in Kyustendil host an exhibition, “The Eve of the Assumption”. The alleys of museums are filled with many loaves of bread, kneaded by the skilful hands of Kyustendil’s women. Into this bread is braided faith, mastery and authenticity – those things which are passed down from mother to daughter, from family to family.

On August 15th according to traditions the women of Kyustendil knead bread with prayers for prosperity, then decorate the loaves with shapes made from the dough itself which express the most meaningful ideas from customs.  Once the bread has been baked, they bring these decorated loaves to chapels to give thanks to the Virgin Mary.