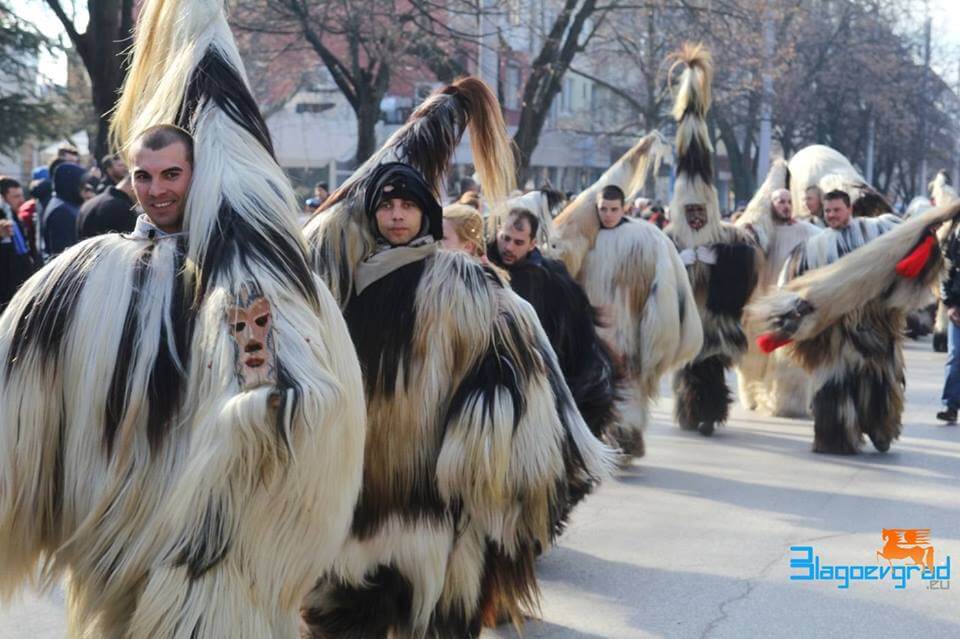 Festival of Survakar Games. More than 1,200 kukeri annually chase evil forces in Blagoevgrad. At the beginning of each new year, the city will be filled with kukeri groups dressed in different costumes. Awards are given to the participants in the festival. They are in different categories, some of which are the most artistic group, the most authentic costume group, a group that kept the old Bulgarian traditions and others. Every year, the festival becomes even more successful, costumes more attractive, and participants more ambitious and original. The guests and the residents of Blagoevgrad, despite the low temperatures during the festival, end up glad to make the Blagoevgrad tradition grow and become even more attractive.

The Municipal Festival of Kukeri Games in Blagoevgrad demonstrates and continues the traditions of antiquity. Thousands of participants present traditional customs, typical costumes and games. Competent Jury sets the awards in the Survakar groups at the Municipal Festival.