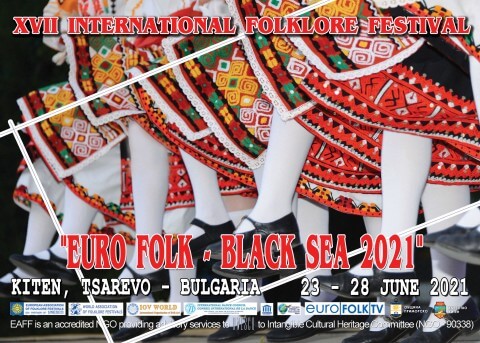 The venue of the festival is Aheloy, a Black Sea resort between Bourgas and Sunny Beach, a few kilometers from Nessebar. The folklore festival “Euro Folk – Black Sea” is held within four competition days and evening concerts. The main task of the organizer is to give the opportunity for expression of the creative teams and their inclusion in the competition program, determining the best of them and promoting priorities in broadcasting on European television.

A concert of the International Folklore Festival “Euro Folk – Black Sea” is broadcast live on the World Internet Television “EuroFolkTV”.

The festival program includes competitions in the following categories: