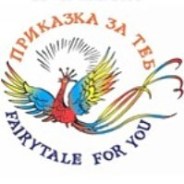 The theater performance has earned a reputable authority and has succeeded in winning many fans. The International Children’s and Youth Theater Festival hosts hundreds of participants from Bulgaria and other countries.

The festival was founded in 2000 at the initiative of Children’s and Teen’s “Fuut” Theater with the artistic director Radost Lilyanova. Initially it was realized as a national meeting for the theatrical performance of the tale “Golden Fish”. The forum is hosted by the Youth House – Varna. Since 2004 some of the events have been held at the Puppet Theater – Varna.

According to the regulation, young talents are divided into four categories: theater, ballet, vocal performers and instrumental performers.
Children and teen groups at Children’s Centers, Chitalishte, Schools and other establishments in three age groups can participate in the Children’s and Youth Teater Festival “Tales for You”
up to 12 years; up to 18 years and up to 25 years.