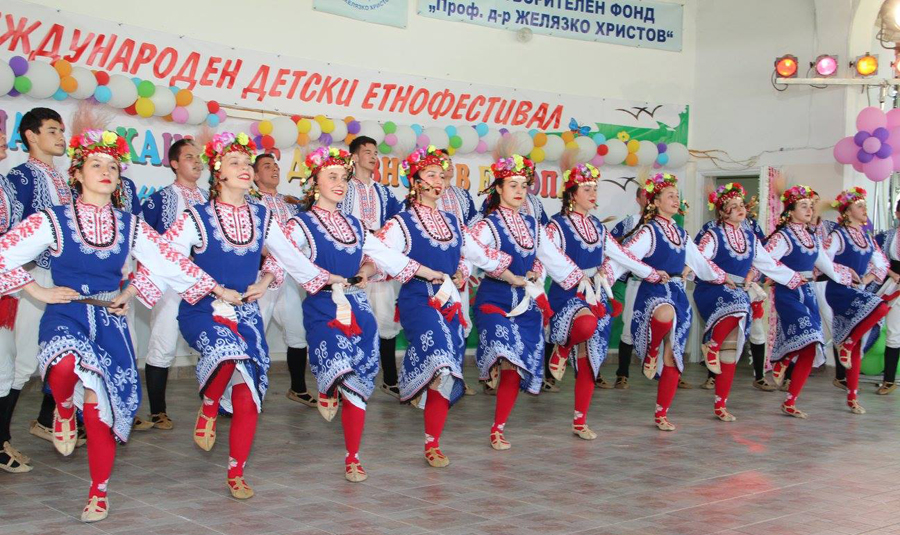 International Children’s Ethnic Festival under the slogan: The Children on the Balkans – with their spiritual wealth in Europe
INTERNATIONAL CHILDREN’S ETHNIC FESTIVAL under the slogan THE CHILDREN ON THE BALKANS – WITH SPIRITUAL WEALTH IN EUROPE takes place under the patronage of the Ministry of Culture and is included in the Culture Calendar of the Ministry. The festival is organized by CITUB and Charity Fund Prof. Dr. Jelyazko Hristov, with the assistance of Mineralni Bani Municipality. It is dedicated to the best children’s holiday, June 1st – International Children’s Day.
The International Children’s Ethnic Festival is among the awarded 25 Bulgarian festivals with a Certificate for European Quality – 2017 – 2018, received by the European Festival Association Europe for the Festivals. Festivals for Europe.
Through the universal language of song and dance, there will be sent again messages for unity and common future on the Balkans and in Europe, for tolerance between the ethnic groups, for respect for the different spiritual and cultural values and traditions. It will include children from different regions of the country and from different ethnic groups. There will be also guests from abroad.
Parallel with the concert program there will be presentations of traditional crafts, culinary contests, outdoor painting, and other entertainment and educational activities for children.