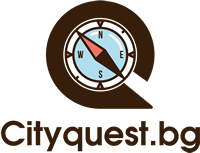 Andrey Paunov is a director and screenwriter, known all over the world with his documentaries. His debut, “George and the Butterflies,” won the Silver Wolf Award at the International Documentary Film Festival in Amsterdam, IDFA in 2004. The premiere of “The Mosquito Problem and Other Stories” is in the prestigious “Critics’ Week” 2007 Cannes Followed by awards in Barcelona, ​​Karlovy Vary, London, Madrid, Motovun, Sarajevo, Wiesbaden. Paunov’s third full-length documentary, “The Boy Who Was King,” was first introduced to the 2011 Toronto Festival program, and won the Jury Award for Best Documentary at the 2012 RiverRun International Festival.